In an online world inundated with a plethora of content, it’s easy to brush over seemingly miniscule mistakes. After all, those producing said content are writing so much so often they’re bound to let a typo or grammatical error slip into a published page. However, it’s still important to try and catch these mistakes and respect the basics of writing and the English language.

Now don’t get me wrong, I understand the counter argument. If a small typo or minor grammatical error doesn’t derail a point from getting across, then what’s the big deal, right?

The problem with sloppy editing isn’t necessarily about accuracy—as small typos often go completely unnoticed—but has more to do with credibility. 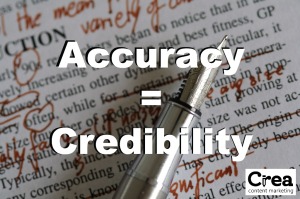 I’ve found typos in everything from the Harvard Law Review to the New York Times. These mistakes in no way detracted from the theses of the paper and articles, but they stuck out like sore thumbs. How could someone go to press with such a blatant error screaming from the page? In these instances, the authors and editors of the pieces in question lost a bit of credibility in my eyes.

How does one save oneself from such a fate? The practice I use that has proven most effective requires wearing two hats. When you’re writing content for your blog, put on your writing hat. Get out the general idea of what you want to say as it comes to you. Once you’ve made the points you set out to and have included a rough draft of your introduction and conclusion, take a break. This is when I’ll go out for a cup of coffee or play Candy Crush (please don’t judge me).

Once your writing hat has been put away and you’re ready to finalize your piece of content, come back to your article with a clear mind and your editing hat in place. This is when you want to make sure your introduction outlines the points you make in the article in the order you make them.

Lastly, make sure your piece is cohesive and that your conclusion nicely wraps up your argument. Leave your reader feeling informed and excited to return to your blog to read more!

As promised, here’s a list of grammatical and spelling mistakes you may not even know you’re making. Hopefully these will serve as a refresher course or teach you something new! 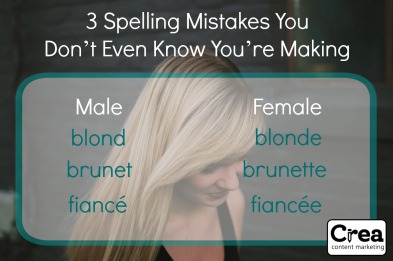 I didn’t know there was a difference myself until recently. In fact, I didn’t even know the word “initialism” existed (it’s okay, Microsoft Word doesn’t either). An initialism is an abbreviation consisting of initial letters that are, unlike acronyms, pronounced separately. Think FBI, CSI or NYC. An acronym, on the other hand, is an abbreviation formed from initial letters pronounced as a separate word. Think NASA, NOW or UNICEF.

Much like affect vs. effect or complement vs. compliment, defuse and diffuse can easily get mixed up. To keep these words in their proper place, look at their prefixes. “De” is a Latin prefix meaning to remove, separate, or negate. If we break down “defuse” into “de” and “fuse” we understand why the primary definition of this word is to remove the fuse from a bomb. It’s secondary definition follows logically: it means to make less dangerous, tense, or embarrassing.

When it comes to the word “diffuse,” the prefix “dif” is a variant of the Latin prefix “dis” which means apart or away. Therefore, it follows that the definition, according to Merriam Webster, means “to spread out over a large space; not concentrated in one area.”

Did you know that there are feminine and masculine forms of the words we use to describe people based on their hair color? This is because these words are derived from French, a language that, like most romance languages, uses different adjectives depending on whether the noun is feminine or masculine. Here are the commonly misspelled masculine and feminine forms of some familiar words:

In closing, grammar and spelling are important when it comes to content creation because you want to put your best foot forward. Imagine every piece of content is the first impression others will have of you and/or your brand. Does your article do justice to your brand’s objective and voice and do so accurately and flawlessly? Looking at your content through this lens may lead to some extra time spent on revisions—but you’ll ultimately develop a credible, authoritative voice in your field.

*Although I tend to be a stickler for grammar, there is something to say for style. If your article flows better by ending a few sentences with prepositions, so be it. Grammatical errors made in the name of style and those due to inattention are very different indeed. 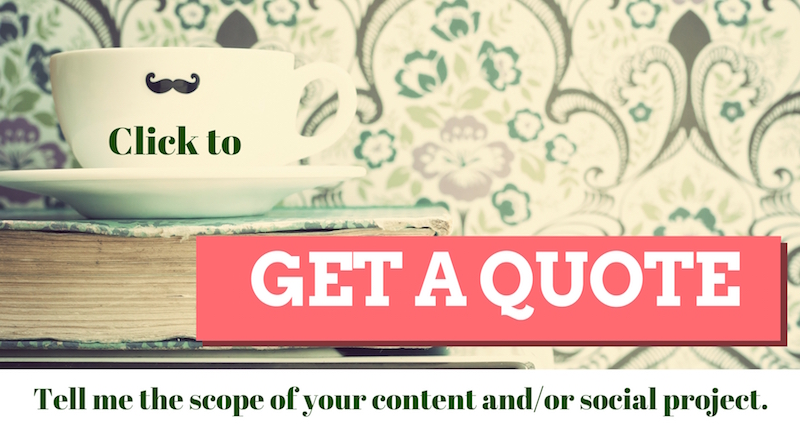 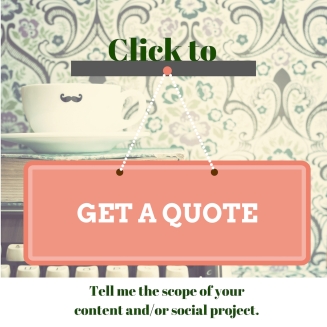